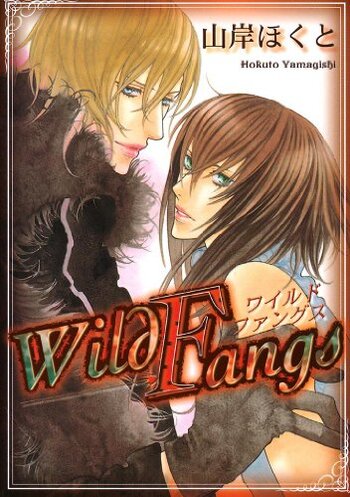 A Yaoi Genre manga series by Yamagishi Hokuto, centered around mythical half-human, half-beast creatures that fell from heaven to earth and the human masters that control them. Though Wild Fangs was published first, Wild Rose and Wild Wind, are technically prequels, with Wild Rose taking place a few years earlier and Wild Wind telling the origin myth of the manbeasts.
Advertisement: