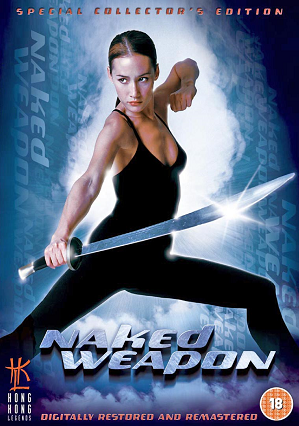 Naked Weapon (2002) is the second film in the three part "Naked" film series, which includes the first film, cult classic Naked Killer (1992) and the third film that followed this one, Naked Soldier (2012). Other than the basic theme of being based around killers and murderers and starring women, the three films are otherwise unrelated.

Directed by Ching Siu-tung, the movie, starring Maggie Q, follows a young girl, Charlene, who is kidnapped and taken to an island with other little girls by the mysterious Madam M to be trained as assassins, and the investigation of said organization by CIA operative Jack Chen (Daniel Wu).