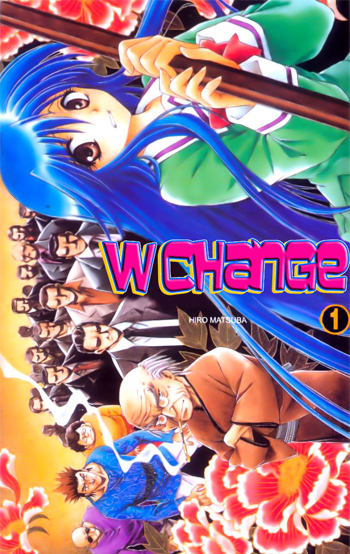 Maki Kisaragi is an Ordinary High-School Student who dreams of becoming a "beautiful housewife" when she grows up. She's a simple girl with a simple dream. Hence, her life must be easy—right?

Maki's life is anything but normal — she's the grand daughter of the current leader of the Kisaragi Clan with a violent Split Personality who often wreaks havoc while she's unconscious. And to make things worse, her grandfather got hospitalised, forcing her to act as the clan's temporary leader.

With her life seemingly surrounded by constant violence and criminal activities, Maki's dreams of becoming normal will not be easy.

W-Change!! is a shonen manga by Hiro Matsuba, which was serialized in Comic Blade from 2006 to 2008 and compiled into six volumes. Not to be confused with Change 123, another Shōnen fighting manga involving a female lead with a Split Personality.