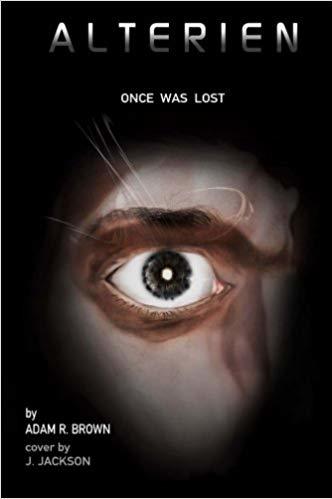 “Yes, it’s true; you are not the only one. I take it you now know enough to make it more interesting should we fight the next time.”
— Alterien: Once Was Lost
Advertisement:

Alterien is a science fiction series by Adam R. Brown. The protagonist is a formerly amnesiac man named Oberon Navarro who discovers his true name and the reason he's apparently as strong and as fast as the average superhuman. Turns out it's because he's an experimental life form called an Altered Homo sapiens; Alterien, for short. Soon after discovering who he is and what he is, Oberon sets out on a mission to ensure his new species multiplies in order to eventually replace the previous version of humanoids, Homo sapiens. Over the course of the series, Oberon faces many challenges, as he learns a great deal about what it means to be an Alterien and even rediscovers what it means to be human.

The series is very young, so far, with only two installments out (Once Was Lost and Shadows of the Past). However, what is available is well-written and thought-provoking.