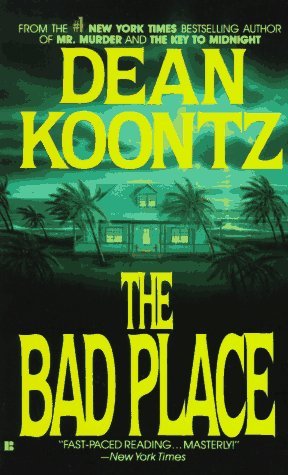 The Bad Place is a 1990 horror novel by Dean Koontz.

Frank Pollard is a man on the run. He has no memory of who he is or what's chasing him—only that he's pretty sure it's a what and not a who. Julie and Robert Dakota are a husband and wife team of private detectives, trying to build their company and finance a future they call The Dream.

Frank Pollard turns to them for help figuring out who he is, where he goes when he falls asleep, and ultimately drags them into his fight against the monster chasing him.