Roleplay / Void of the Stars 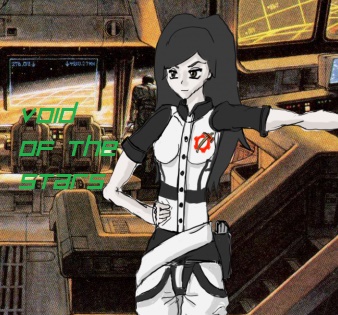 "Magical space ponies, wormholes that act like black holes, drive systems that can decimate entire solar systems, and a backstory where two universes crash into each other.
To think I like hard sci-fi."
—Keyguyperson, Roleplay's GM
Advertisement:

Void of the Stars

is a Play-by-Post Nation Roleplay set IN SPACE. It also has a wiki

Only a hundred years in the future from 2013, a war broke out between the fifteen planets of humanity. It wasn't a rebellion, it wasn't an alien invasion, it was a thousand interconnected genocides, a religious war dubbed the "Common Sense War". The death toll by the time the war ended was three-hundred billion. The whole thing ended with an Earth-Shattering Kaboom on Gliese 581g, courtesy of ludicrous numbers of Fantastic Nukes. When an entire planet got destroyed, humanity realized that they had to clean up their act, and thus the Earth Alliance was formed and the Common Sense Doctrine set in place. That Doctrine stated that humans were inferior to all other sentient species. Perhaps a minor overreaction.

Jump forward though a whole bunch of somewhat repetitive and boring wars, and we come to the Multiversal War. An extradimensional species known as the Reapers invaded the universe. Seemingly unstoppable, the Triarian Collective put together a horrifying weapon capable of destroying an entire universe. It was unleashed into the Reaper's home universe, and worked too well- not just destroying it, but causing the remnants to collide and merge together with the 'primary' universe. This caused tears to open in the fabric of space-time, and the civilisations of the Milky Way Galaxy were flung back to a 21st-century level of technology.

The current roleplay takes place just as the civilizations of the Milky Way are beginning to go back out into space, some are exactly the same due to either surviving the Multiversal War or being preserved by their respective Gods/Goddesses. Multiple species are ripped directly from other works, but the Void Of The Stars community doesn't do anything illegal. We make no money off of this, and everything taken from other works is adapted or expanded on.

Void of the Stars contains examples of: