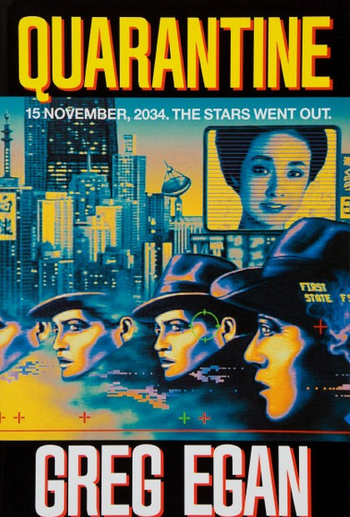 On a future Earth enclosed within a mysterious impenetrable barrier, the protagonist, Nick, is hired to investigate the disappearance of a woman from a care home.