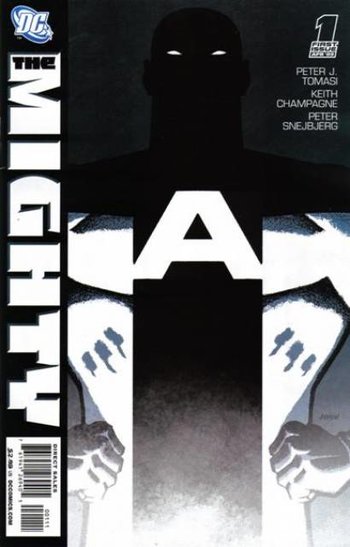 Way back in 1952, atomic testing in the South Pacific creates Alpha One, the world's first and only super-hero. Nearly sixty years later, Alpha One, side by side with Section Omega, a police force devoted exclusively to assisting Earth's mightiest hero, has become the most powerful force for good in the world.

When Lieutenant Gabriel Cole assumes leadership of Section Omega due to the sudden murder of his predecessor, he finds himself working shoulder to shoulder with the same hero who saved his life as a child.

The Series Contains the following examples: