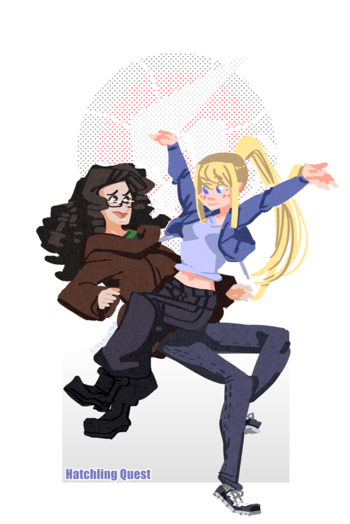 Hugs for your friends!
Advertisement:

is a Play-by-Post Game created by Immortal's Blade for Sufficient Velocity. Beginning in September 2015, the story has been on hiatus since 2017.

A young hatchling leaves her nest, and on her way to her destination she finds a dastardly plot: Space Pirates have rigged an abandoned space station to fall on a planet in Another Dimension. She succeeds in saving the planet but finds herself trapped there with no way home. The world is primitive by her standards, but has many individuals with unnatural powers...as well as Chozo statues. Can Samus Aran handle Earth-Bet? Can Earth-Bet handle her? And what is the sinister plot that weaves it's way through both universes?