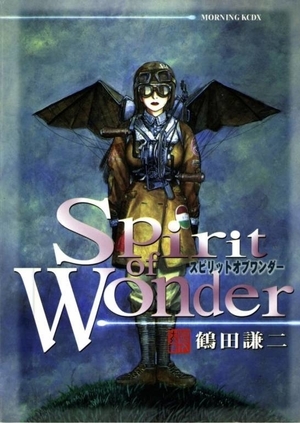 Manga series by Kenji Tsuruta that ran from 1986 to 1996 with a very, very slow release schedule — a grand total of 2 volumes worth of material were published over its ten year run. A one-shot OVA and later a 4 episode mini-series were produced based on some of the stories.

The tales are technically Science Fiction, but about as soft as you can get — in one chapter the characters use aether theory to travel to Mars in a zeppelin. Just put away that science text book, the characters are the focus here.

The first volume is an anthology series of mostly unconnected stories, the second volume focuses on a Chinese young lady running a tea-house in Bristol, England. When she's not busy running her business, "Miss China" as she is known to the locals spends most of her time either hounding her Mad Scientist tenant Dr. Breckenridge for this month's rent, pining after his young assistant Jim or dealing with the consequences of their latest invention. (And demanding to know how they had the money to build it with the rent still unpaid...)