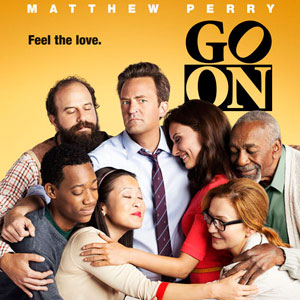 Go On is an American sitcom that premiered on NBC in August 2012 after the Summer Olympics. It stars Matthew Perry as Ryan King, a Los Angeles radio sportscaster whose wife recently died in a car accident, so at the request of his coworkers he joins a support group for people who have experienced loss in life. This bunch of people is about as eccentric as they come, as are King's coworkers.

The show was canceled after its first and only season.