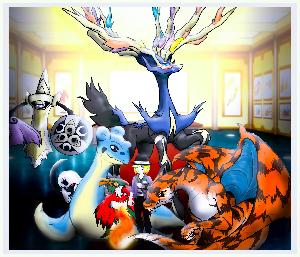 The D-Team is ready to go!
Source

Twitch Plays Pokémon X, the ninth run of the series, is the first not run by the mysterious "Streamer," instead by the user Twitch_Plays_3DS using an actual Nintendo 3DS system and Pokemon X cartridge on the TwitchPlaysPokemon channel. Set in the Kalos region, the run is sure to feature plenty of adventure, battles, fashion, and Wi-Fi shenanigans.

The run began on July 27, 2014 and was completed on August 1, with three days of postgame content afterward.