Manga / Love Is in the Bag 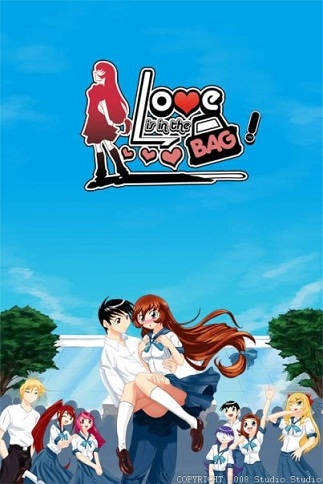 Love is in the Bag is a whimsical Slice of Life comedy Manga about a girl named Kate Menella, who has a crush on local hottie Calvin Jacobs. It would be somewhat typical if it weren't for the fact that she turns into a bag everytime she gets excited. With the help of her best friend, Kara Francesco, Kate gets over her shyness and is able to get together with Calvin. Except for all the things standing in her way, such as basketball tournaments and a girl claiming to be Calvin's previous girlfriend.

Lots and lots of awkward situations ensue due to the antics of Kara and her friends, Chloe and Lorelei, in trying to get Kate and Calvin together.

Written by Ace Vitangcol with art by Jed Siroy and Andrew Agoncillo, and with writers Ryan Cordova and Glenn Que, produced by Studio Studio and Alturia Hill Publishing, it is a Filipino comic drawn in a manga style that is safe for young readers.

Love is in the Bag was concluded after five volumes, but Word of God has delivered spin-offs, including a Clueless Mystery light novel The Great Donut Caper!, and the Slice of Life graphic novel Bag Together which is set 3 years after the events of the final volume. A standalone book, The Lorelei Wang Case Files: The Mystery of Valehollow is a Chosen Path story with Multiple Endings.