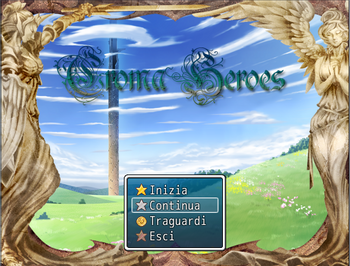 Croma Heroes is a JRPG created with RPG Maker VX Ace and published in 2015 by Zoro the Gallade. It is part of a series which currently includes a prequel, Croma Zeroes.

The prequel tells the story of two kids named Scarlet and Xanthe, and their childish adventures in a in a typical fantasy setting adventure. The main game has the duo, now grown up into adults, take on a much more traditional JRPG adventure, with a wide supporting cast and a large world to explore.

The first game can be downloaded here

. The original download link for Croma Zeroes no longer works.