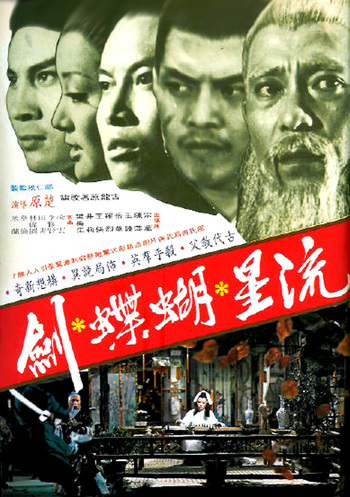 The martial world is in uproar when a conspiracy involving numerous skilled martial artists getting killed surfaces. With two clans competing for superiority, and a possible traitor among the ranks of the clans, a young swordsman, Meng Hsin-Wan (Tsung Wa) sets out to find the truth, by seeking the elder, well-respected martial arts leader, Master Sun (Ku Feng). Running into a colorful cast of kung fu masters, Meng must stay one step ahead of killers who wants him dead.

See also Butterfly and Sword, a 90s wuxia based on the same novel.