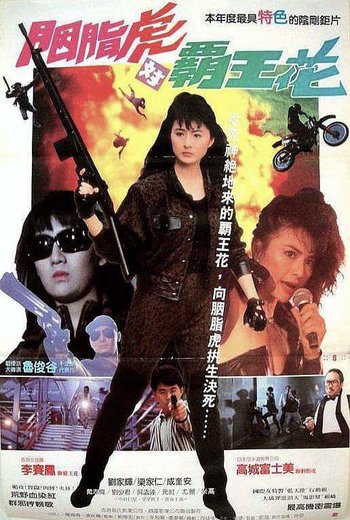 Killer Angels, also known as Megaforce or Ultra Force, is a 1989 Girls with Guns action movie, made after the success of Iron Angels, starring Moon Lee, Gordon Liu and Nadeki Fujimi. Made when the GWG-genre is about to take off, it's among the earlier Angel-themed action movies made at the time and starts the ball rolling with 90s Hong Kong cinema's obsession with gun-totting girls in action films.

When multiple crime bosses ends up being murdered and a suspect - creatively named Jackie Chan, no not this one - who can help uncover the activities of a human trafficking ring ends up being targeted, a trio of lethal ladies from elite special forces, consisting of bespectacled strategist Rosa, sharpshooter Yau-li/Yolanda, and rough, brutish fighter with a troubled past Amy, is assigned to guard him. But Yau-li ends up discovering the killer isn't who he really seems.

A sequel of sorts is released two months later. Titled Devil Hunters, known internationally as Megaforce 2 or Ultra Force 2, the sequel inexplicably has a brand-new, entirely original storyline, despite sharing the same director and main actor. Moon Lee is back, but this time the all-new cast includes Sibelle Hu playing the usual cowboy-cop persona she is usually known for at the time, Alex Man as Moon and Sibelle's supervisor, Ray Lui (who would later co-star alongside Moon in Fatal Termination) as the son of a mobster seeking revenge, and old school Shaw Brothers badass Michael Chan (fittingly enough, since Killer Angels has another Shaw Brothers alumni, Gordon Liu).

The second movie has Moon playing a new character, Chun-bing, a con artist with a mysterious past, who is neither affiliated with the police or the mob. A top police enforcer, Inspector Tung (Sibelle) is investigating triad activities, the son of a rival triad leader Chai-yuet (Ray) is trying to avenmge his father's death, while a retired mobster Yin-fu (Michael Chan) who is friends with Chun-bing's father ends up being dragged into a smuggling incident led by triad boss Shing. Somehow, this leads to an explosive-laden finale with various characters on different sides with completely different affiliations working together to take down hordes and hordes of mobsters.

Devil Hunters is especially notorious for an on-set accident when filming it's final scene, as seen here 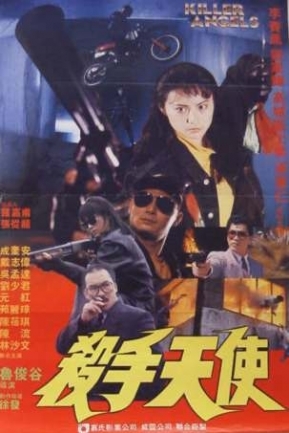 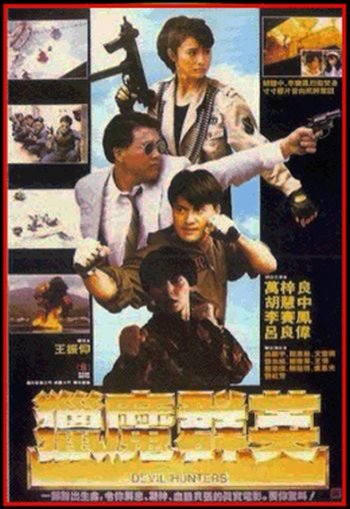