Film / Most Likely to Die 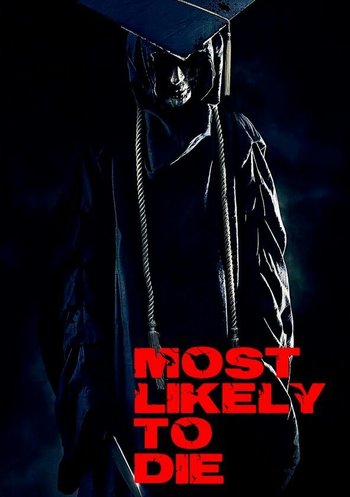 It focuses on a group of high school friends getting together for a party on the day before their 10-year high school reunion, only for the old friends to get knocked off one by one by The Graduate, a mysterious killer who wears a mask and a graduation gown, and kills his old classmates based on the things they were "most likely" to do, as seen in their high school yearbook.

Clearly, The Graduate is someone they know, but is it the bullied kid (the titular "Most Likely to Die" in the yearbook) they got expelled via a cruel prank, is it the mysteriously absent hockey bad boy and party host who just got cut by his NHL team, is it the creepy housekeeper, or is it someone else?

Tropes "most likely" to be included in this movie: