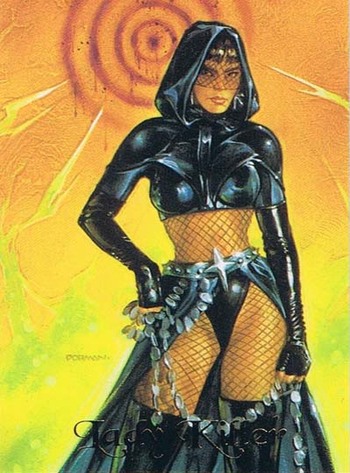 Dressed to kill! (In more ways than one.)
Advertisement:

Some people just don't carry weapons into their fights — not because they actually fight with bare hands, but because their armoury has actually been incorporated into their normal clothing. The use of such clothing is not limited to the functions of Rule of Cool, but it also gives the wearer a pass in places where weapons are not normally allowed since the weapons in question are all but invisible to casual observers.

Subtrope to Hidden Weapons. Sometimes overlaps with Improbable Weapon User. Compare Clothing Combat, where the actual piece of the clothing's fabrics can be used as a weapon; Clothes Make the Superman, where the clothing is responsible for the character having superpowers; and Powered Armor, where a suit of armor enhances a character's abilities.