Literature / The Legend of Drizzt 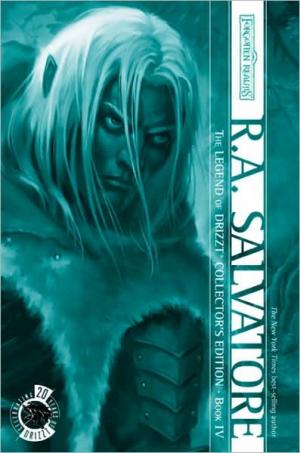 A massively huge epic by R.A. Salvatore with a main character you may have heard of if you have ever played a Tabletop RPG.

The Legend of Drizzt revolves around the title hero Drizzt, a renegade dark elf that left his homeland to live in the world above. There are over 30 books in the series, chronologically starting with Homeland.

The 1st trilogy of the series, The Dark Elf Trilogy, revolves around Drizzt's upbringing and his escape from the Underdark; it is a prequel, written after Salvatore wrote The Icewind Dale Trilogy which took place afterwards. The Icewind Dale trilogy revolves around Drizzt's adventures with the Companions of the Hall and conquering of Mithral Hall. It is followed by the four-book Legacy of the Drow Series. The series after that continue their adventures.

This story helped build up much of the Forgotten Realms world and caused many to follow in its footsteps.

The books, in publication order, go as following:

The Legend of Drizzt

Tropes occurring in multiple entries in the series include: