Literature / The King of Elfland's Daughter 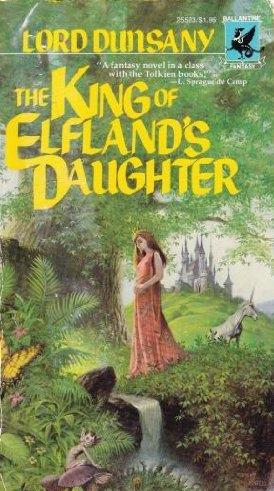 The King of Elfland's Daughter is a fantasy novel written by Lord Dunsany. The hero Alveric sets off into Elfland to claim the title daughter, Lirazel, for his bride. He does get her away with him, but things do not go well from there.
Advertisement:

This was made into a rock opera in the 1970s by former Steeleye Span members Bob Johnson and Peter Knight. It features Mary Hopkin in the title role, and Christopher Lee as the King; he also provides narration.