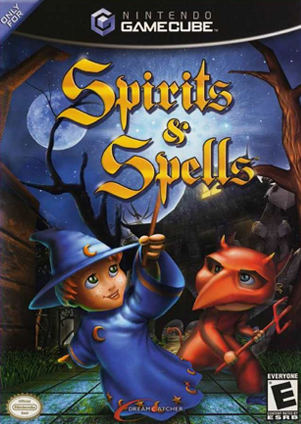 Spirits & Spells (known as Castleween in Europe and Mahou no Pumpkin in Japan) are a pair of Halloween themed games released in 2002 and 2003, the first for the PlayStation 2 and Nintendo GameCube originally developed by the French companies Kalisto Entertainment and Wanadoo Edition and the second developed by Magic Pockets for the Game Boy Advance.

The player characters are a pair of trick-or-treaters who discover their friends have been turned to stone when they arrive at the house they were all supposed to meet up at. They are given the mission to save their friends by entering the world of the dead and freeing their friends' souls that have been stolen by the Bogeyman for his boss the Mad Scientist.