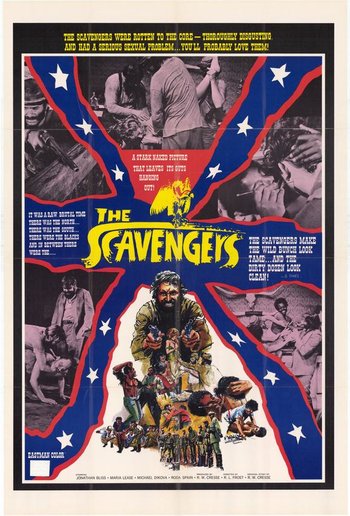 The Scavengers (1969) is a western war drama and exploitation film released in 1969, and re-released as The Grabbers in 1970. It was directed by Lee Frost and starred John Bliss.

The film takes place in the period just after the American Civil War. Renegade Confederate soldiers take over a frontier town, but after they molest a young black woman, a group of ex-slaves arm themselves and counter-attack.