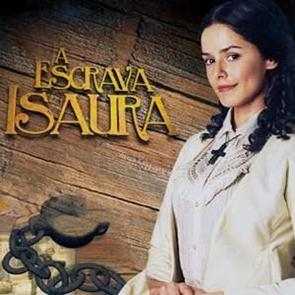 Isaura the Slave (original title: A Escrava Isaura) is a 2004 telenovela based on Bernardo Guimaraes' book of the same name.

It is centered on the difficulties faced by a sweet-hearted white slave in the Brazilian colonial period, targeted by the obsession of her lord.