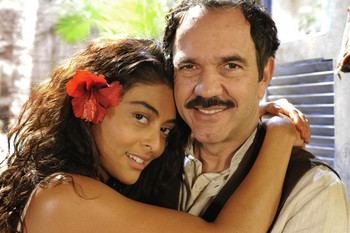 From left to right: Juliana Paes as Gabriela and Humberto Martins as Nacib.
Advertisement:

Gabriela is a Brazilian telenovela.

It is the second adaptation of Jorge Amado's book for television. The first was released in 1975.