Series / Gaki no Tsukai ya Arahende 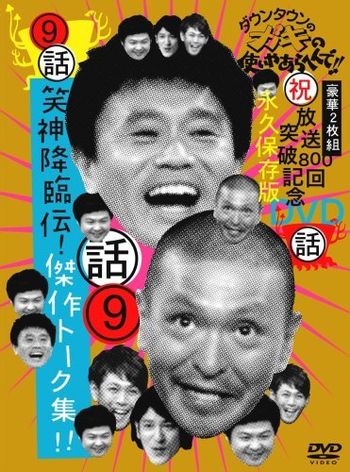 Downtown no Gaki no Tsukai ya Arahende!! (ダウンタウンのガキの使いやあらへんで!!, Downtown's 'This Is No Job For Kids!!'?) is a Japanese variety show hosted by the popular Japanese owarai duo, Downtown. The popular show began airing on October 3, 1989, and continues to air every Sunday night.

They're best known for their New Year's Punishment Games and the Silent Library skits, the latter of which became the basis of its own game show in the United States on MTV.