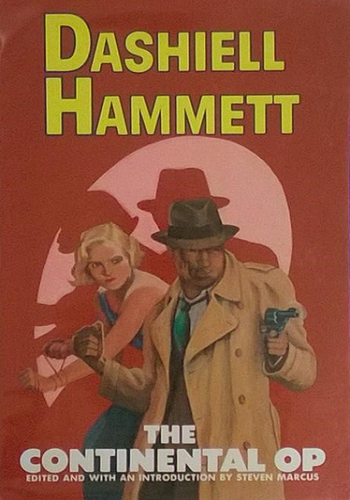 The Continental Op was a Private Detective character created by Dashiell Hammett in 1923 and featured in around 30 stories and two novels, Red Harvest and The Dain Curse.note The total of short stories is either 28 or 36, depending on whether one counts the eight stories that were reworked into the novels.
Advertisement:

The character's name was never revealed; he is known only by his job description, an operative of the Continental Detective Agency. The stories do, however, reveal something about his appearance — he is short, middle-aged, and stocky — and quite a lot about his sense of ethics, which is based on the principle of doing the job and getting paid, with the minimum of interference from personal or moral concerns.

Continental Op stories with their own trope pages include: