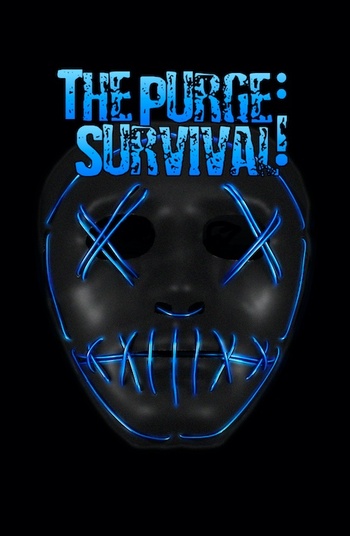 The Purge: Survival is a Fan Film based on James DeMonaco's franchise of The Purge produced, written by and starring Austin Ellen and directed by Sara Jimenez.

The film takes place in the year 2022, during the events of the 2013 film. Blake Simmons and her fiancé, Colin Ford, are invited to the home of Blake's mother, Laurel, to wait out the night of the purge, however, it is a trap that was constructed to kill Blake and collect her life insurance the next day.

The film was originally slated for a Halloween release, but due to complications, the release date has been moved to March 21st, 2019, which is the date of the in-universe Purge.

The Purge: Survival contains examples of: