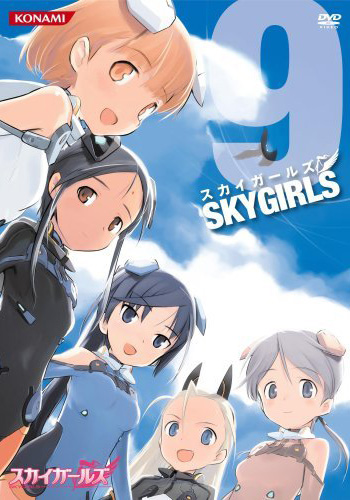 In the latter half of the 21st century, Earth is threatened by creatures called WORMS, which are huge artificial life forms resembling the first thing they see—usually sea organisms. After a devastating war they seem to have been defeated, only to suddenly appear again.

To fight them, a special unit of Mini-Mecha has been devised: the Sonic Divers. Curiously, these can only be piloted by young females. The first unit consists of three teenaged girls, one of whom is Otoha Sakurano, an avid kendo practitioner. The story focuses primarily on her plight, although the other girls get plenty of attention as well. In the TV series, the team gets expanded by one more girl of German origin.

The series started out with a Fanservice-laden episode, produced by Konami and released as an OVA. It later got adapted into a two-season series in which the service got somewhat toned down, although the girls still have to wear extremely skin-tight uniforms to make them "communicate" with their mecha. Despite the obvious appeal to adolescent males, the series still manages to have an engaging plot and a fair amount of character development.

For a show with a similar concept that began with an OVA and was later turned into an anime, see Strike Witches. Both shows share the same character designer, Humikane Shimada, which may further explain their similarities. For another show and toyline that inherited Shimada's design style, there is Busou Shinki - and yes, there were Sky Girls action figures made with the Busou Shinki MMS2 body-type.