Film / Earth vs. the Flying Saucers 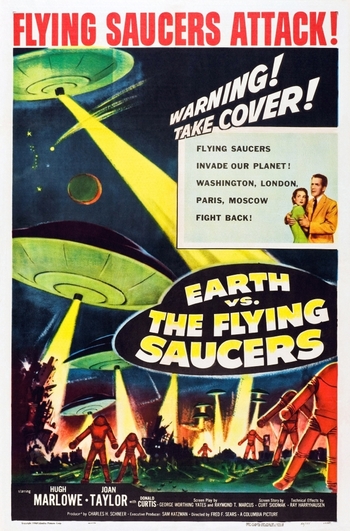 A 1956 Science Fiction B-Movie about — what else? — an Alien Invasion, directed by Fred Sears, written by The Twilight Zone and The Wolf Man legend Curt Siodmak, and starring Hugh Marlowe and Joan Taylor.

The film is mostly remembered for its groundbreaking special effects by the legendary Stop Motion animator Ray Harryhausen, used to destroy Washington, D.C. in a spectacular fashion unmatched until Independence Day.