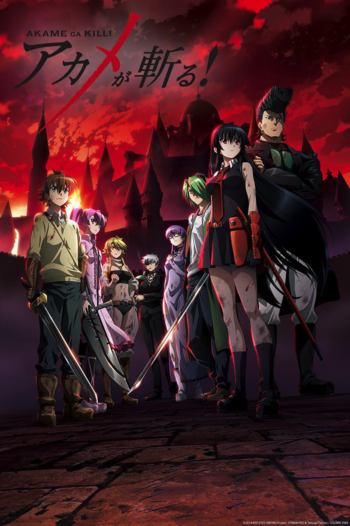 An anime adaptation of Akame ga Kill! by (not Studio TRIGGER) White Fox aired during the Summer and Fall 2014 seasons. Crunchyroll streamed the anime, which can be viewed here

The Anime adapts the first 8 volumes, plus parts of volumes 10 and 11. However, the last few episodes, from 19-24 are a different story, with a Gecko Ending. Please put tropes that are in both versions of the story in Akame ga Kill!

Not to be confused with a completely unrelated anime.