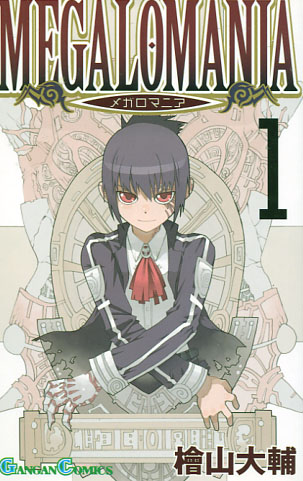 In a World... where humans are not the only beings, there exists a race known as demihumans. At the height of the golden age of genetic engineering, that race was created by humans to serve them.

As time passed, the demihumans began questioning why they served their creators. At the end of the last century, a war broke out between the East and the South, so demihumans escaped their slavery and equality was established. However, the gap between the races has not been bridged. Demihumans still struggle with discrimination, live in the slums and face the fear of being sold to slavery every day.

Canon Passacagilia, a child of a human and a demihuman, is an officer of the East Side's Police Bureau's Special Second Division who are in charge of dealing with crimes related to demihumans. She patrols the city's streets helping humans and demihumans alike. Along with Johan Bachenbell, a man raised in an orphanage for both humans and demihumans, her goal is to help the races live alongside one another in peace.

Megalomania is a shounen manga written and drawn by Daisuke Hiyama. It began publication in Square Enix's Gangan Comics magazine in 2007. The story mixes Sci-Fi and comedy elements in an Urban Fantasy setting.