Literature / The War of the Ancients 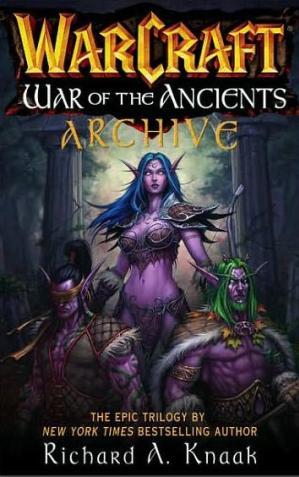 The War of the Ancients by Richard A. Knaak is a Warcraft novel trilogy set in the Warcraft Expanded Universe. It chronicles the events of the titular War of the Ancients where the Night Elves fight against the Burning Legion and attempt to save the planet from total annihilation. The story is noteworthy for the fact that it stars three characters from the present day Azeroth time line who travel back to the event and enact subtle changes (though one of the three characters also exists as his past self in that time). Many believe that the book was written to actually justify some of the changes to the Warcraft time line. Despite that, a few of the most grievous retcons in the book remain unanswered in the game, and vica versa.
Advertisement:

Books in the trilogy:

Alternative Title(s): War Of The Ancients