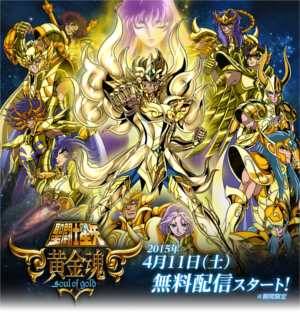 An entry in the Saint Seiya franchise, this series is a sequel to the (anime-only) Asgard chapter, and a "Gaiden Story" to the Hades chapter, as it happens in the interval between the Gold Saints' sacrifice to destroy the Wailing Wall, and the Bronze Saints final battle against Hades.

The Gold Saints just after their death during the Hades chapter, who come back to life on Earth, Far up North, in Asgard. There, a new group of God Warriors, Odin's warriors, have been awoken; Hilda, the Asgardian priestess and Odin's representative, has fallen seriously ill, so she sends her Lady-in-Waiting Lyfia to seek for help...