Note: For the Gold Saints click here, and for Hilda and Freya, here. 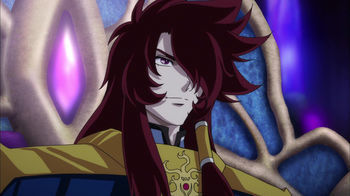