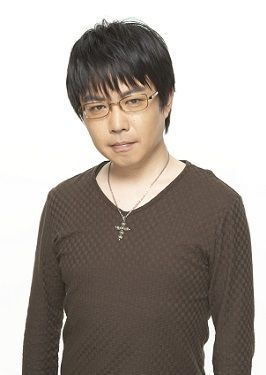 Fear the wrath of Isshin Chiba.note or more literally: "I will teach you what fear is."

Isshin Chiba (born June 26, 1968) is a man not so known for his anime roles, but more known for his game roles. He's more active in video game roles, and his characters speak in volumes about it. He tends to be given the roles of characters who are either a Jerkass or plain evil. He does sometimes do good characters, though. Up until the anime adaptation, he was the most known seiyuu for Dio Brando, for it is his version of "WRYYYYYYYYYYYYYYYYYYYY!!!" that is the most famous. Not to be confused with the character Isshin Shiba.