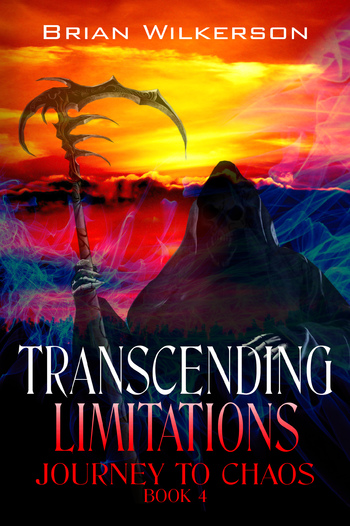 No one sees Death coming
Advertisement:

The problem with fighting death is that you will eventually lose.

Eric has provoked the fury of no fewer than three grim reapers and now they're after his life. Leading the charge is his old foe, Gruffle. Flanked by an army of ghosts and nature spirits, and supported by Lord Death himself, Gruffle's victory is guaranteed. Eric's only hope of survival is to transcend the limitations of both mortality and magecraft and fight the hostile gods as an equal. Chaotic deities support him in his endeavor but they might be a greater danger than the reapers.

Transcending Limitations is Brian Wilkerson's fourth novel and the fourth story in the Journey to Chaos series. The next book is The Highest Power.