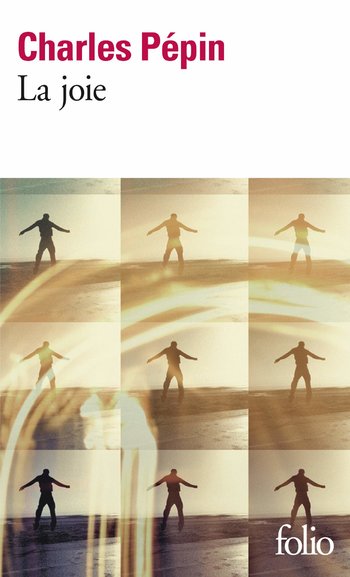 A novel by philosopher Charles Pépin, released in 2015 in France. It is a somehow Remake/ Spiritual Sequel to Camus' The Stranger, as it features a character that greatly resembles Meursault and his philosophy.

Solaro is a joyful man. His mom is dying, his father suffers from depression due to the latter, his business is not looking good, but still: he is always joyful, as he constantly lives in the moment and takes pleasures in everyday's little miracles (such as a flower managing to sprout from the bitumen). One day he gets assaulted and beaten up by a group of youths, he however doesn't really care and quickly goes back to his daily life, which includes having an affair with a married woman named Louise. Some later while he is with a friend, Solaro comes across the persons who beat him up and try to just pass, but his friend Ange (a racist with a hot temper) insults one of them which ends up with him taking out his gun and Solaro killing him. Solaro thus pass to judgement and is condemned to 15 years of prison (mostly due to his ever joyful attitude even in the face of his mother's death).