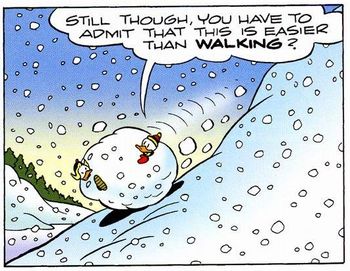 Some guy is skiing or snowboarding. Suddenly he trips and starts tumbling down the slope, as he tumbles, snow gathers up around him until he's embedded in a giant snowball rolling down the hill.

Can overlap with Human Snowman