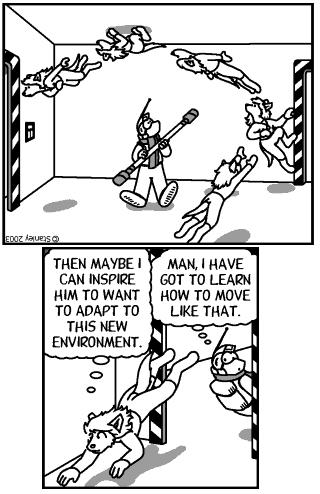 Motivations are the reasons characters do anything. It brings them to action and directs their choices. These are not WHAT characters do, such as Saving the World or Take Over the World, but WHY they do it, such as For Great Justice or For the Evulz. See the Goals and Objectives Index for what characters are trying to accomplish.