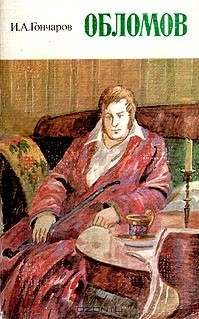 Oblomov is a Russian novel by Ivan Goncharov, published in 1859. Nobleman Oblomov resides in his St. Petersburg (capital of Czarist Russia) apartment with his servant Sachar, daydreaming half the day and doing nothing the other half. Sometimes, one of his old friends visits him and provides a bit of change.

He is the epitome of the "Superfluous man", a type of character you'll often meet in 19th century Russian literature.