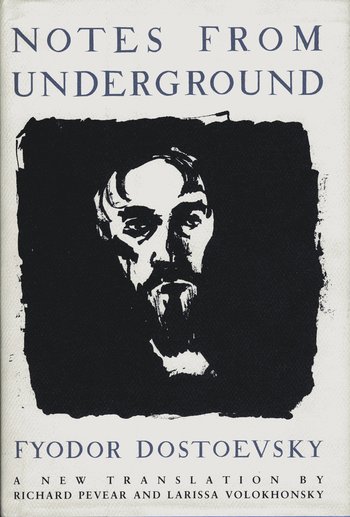 "...what is man without desire, without will, and without wishes if not a stop in an organ pipe?"
Advertisement:

The novel's divided into two parts: first, the notes ("Underground"), and second, an account of the humiliating events which led to his self-imposed seclusion ("Apropos to Wet Snow").

Deals with themes of Existentialism (it is considered one of the first existentialist novels), free will, and the modern disconnect from others.