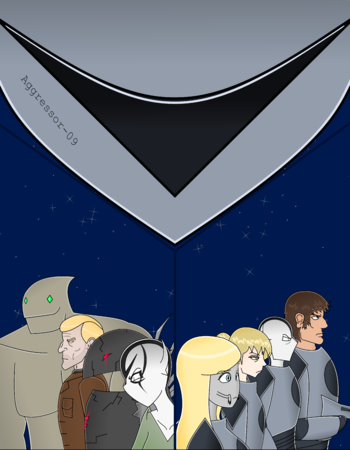 Space Glass, by author Kurt A. Russell, is a heart-wrenching adventure story about four mercenaries who pursue a mad man across the galaxy. Thing is, the Blackstar Mercenaries barely function as a team, whereas the Extragalactic Enthusiasts are as close as family.

It was first published to Amazon