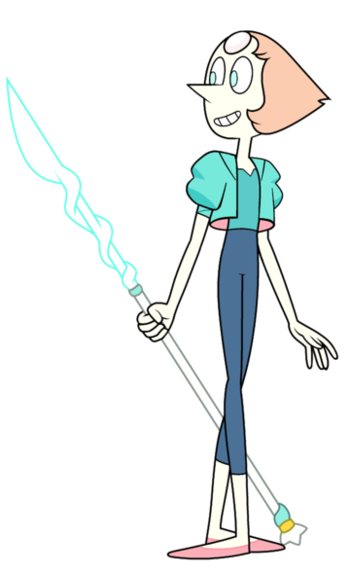 "I will fight in the name of Rose Quartz,
and everything that she believed in!"
Click here for her second outfit 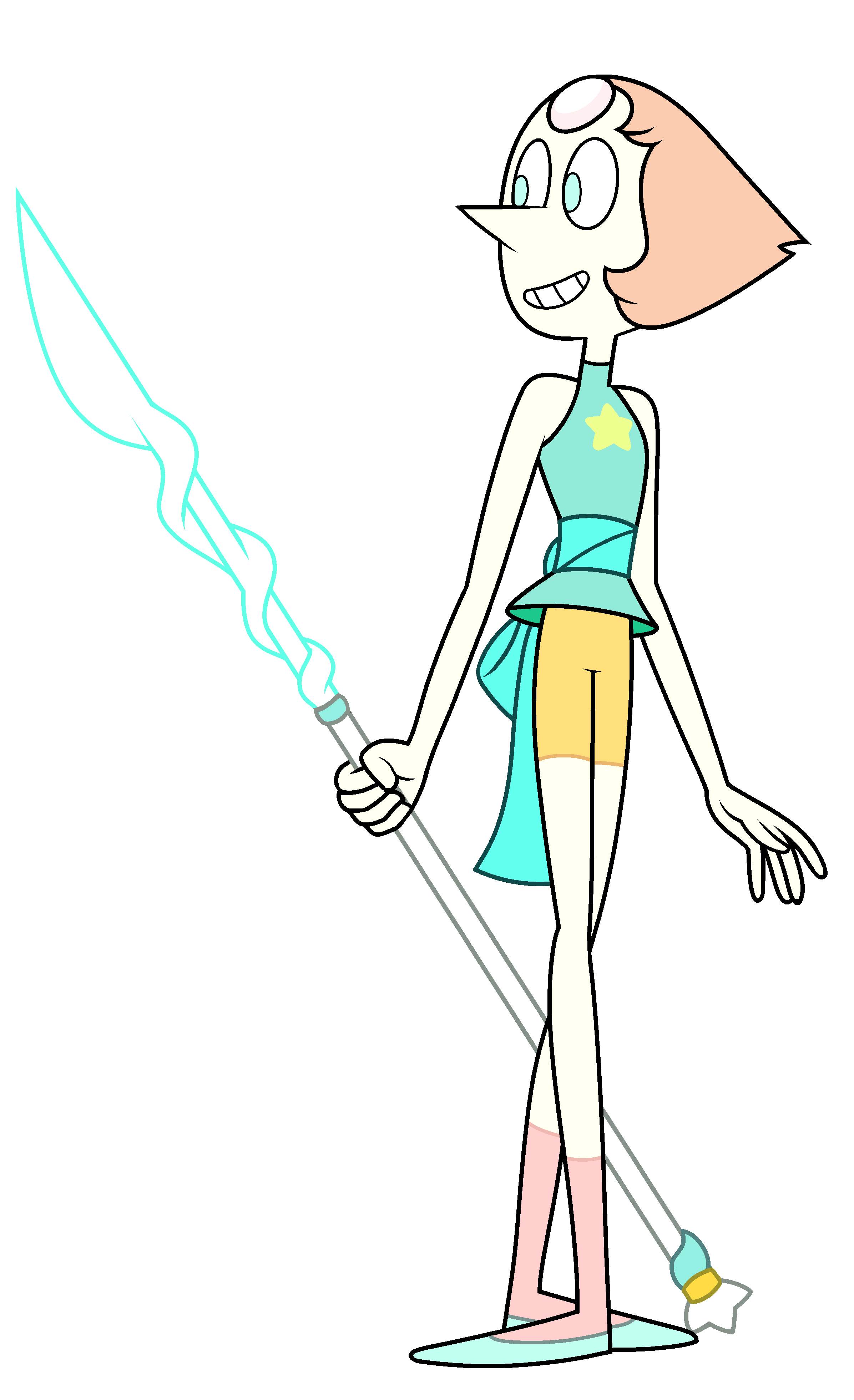 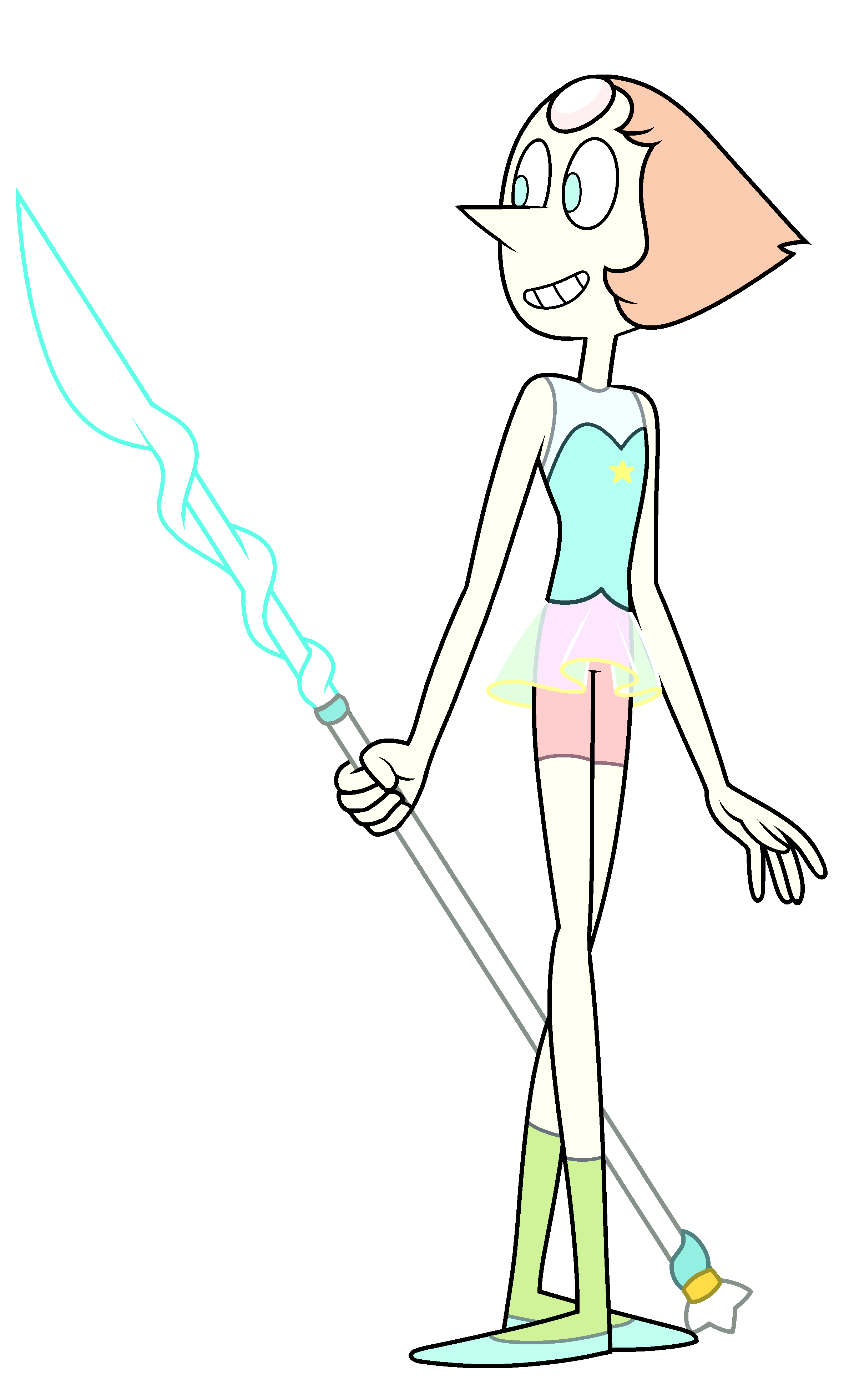 Click here for Pearl during her time in servitude

"Humans just live short, boring, insignificant lives, so they make up stories to feel like they're part of something bigger. They want to blame all the world's problems on a single enemy they can fight, instead of a complex network of interrelated forces beyond anyone's control."

A perfectionist and intellectual strategist, Pearl is the mental powerhouse of the Gems. She strives for structure and logic and gets easily flustered when things don't go as planned. She is driven to keep things orderly, and is most protective of Steven. The slightest hint of endangering Rose's son will immediately result in Pearl seeking to get him to safety. She is nervous and uptight, has some trouble speaking emotionally when others are upset, and is a little quietly resentful that her strengths are not ones Steven considers admirable.