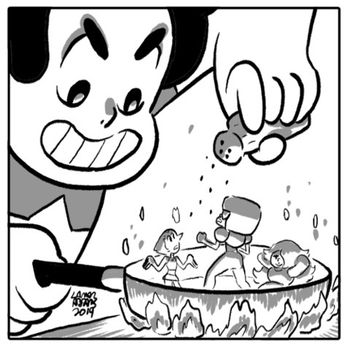 In an effort to win over Connie's parents, Steven convinces the Gems to fuse together and pretend to be his mother. Hilarity Ensues.