Beware of spoilers for Season 5!

open/close all folders
General
Gems like us aren't needed.
— Fluorite

"Off-colored" Gems are Gems who are considered to be purposeless and inefficient to Homeworld's ideals and goals due to defects or outlawed fusions, often also not fitting in any of the Diamonds' courts. For this reason, they are looked down upon, and any Off Colors are to be immediately exterminated on-sight, causing some to become fugitives.

This page specifically details the off-colored Gem group introduced in the opening episodes of Season 5. Beware of spoilers! 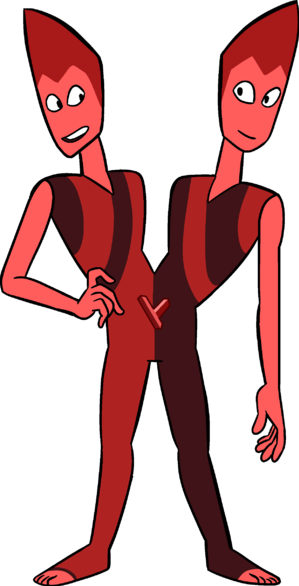 A defective Rutile that formed two near-separate bodies rather than one. When they emerged from their Kindergarten, they escaped persecution due to the other Rutiles fleeing at the sight of the double-bodied Rutile. 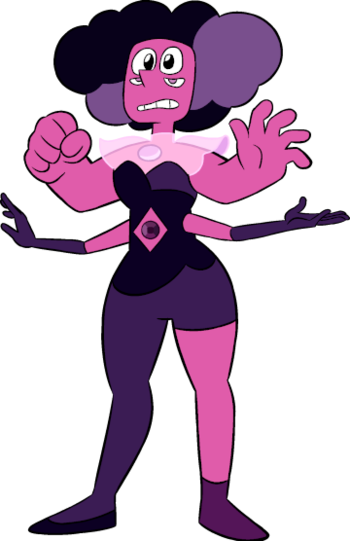 "You can't just walk around on the surface like that! You're off-color, just like the rest of us."

A paranoid but kind fusion of a Ruby and a Pearl. The duo used to work under a Morganite until their fusion was discovered, which got them kicked out and replaced. 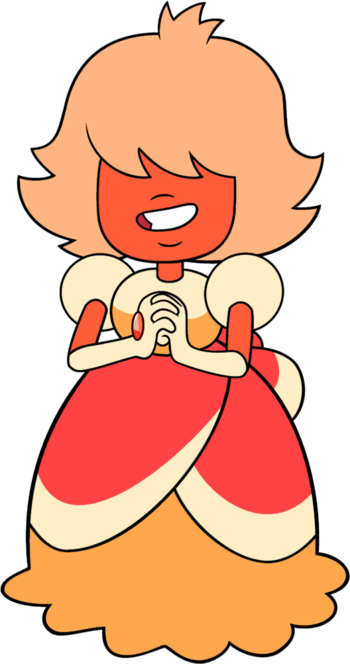 "Everyone, a wondrous prediction has come before me. The twins of Rutile will bring one, no, two strangers to our current place of hiding!"

An orange Sapphire variant. She is considered defective due to only being able to predict events after they have already occurred. 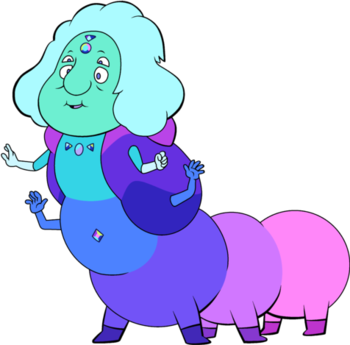 Rhodonite: But my story's nothing! I mean Fluorite, how many Gems are you now?
Fluorite: Six. Maybe more, if we meet the right Gem.

A calm and wise fusion of six Gems.

Click here to see him as "Lars of the Stars"

"You're always trying to help me! You brought me back to life! Just... let me be someone who deserved it."

Lars was a slacker that worked at the Big Donut. Initially a sullen, angry teen, getting stranded on Homeworld gave him the kick in the pants needed to seriously better himself, going from someone you wouldn't trust to watch a pot boil to the confident, commanding leader of the Off Colors, in turn leading them to becoming actual criminals of Homeworld rather than just criminals by circumstance in their quest for Earth. After arriving back home, Lars is much more open and honest, and even follows his passion for cooking by opening a bakery called Spacetries, before eventually returning to space to heed the call of adventure.