"You cannot fathom how much I've mourned, what thousands of years of grief has done to me!"

The second Diamond mentioned and the first to appear in the series proper in "The Answer". The leader of Homeworld's diplomatic Gems, she was at the Sky Arena during Rose's rebellion, and Sapphire used to report directly to her.

For her tropes, see her page.

"I thought I heard someone. I think we're not alone."

A Pearl owned by Blue Diamond. 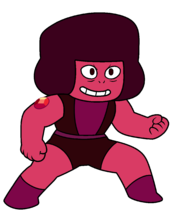 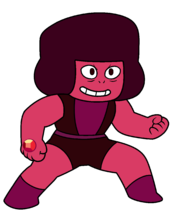 Ruby Guard 1: Hey! Can't wait for those rebels to get here!
Ruby Guard 2: Haha, yeah! When I see those rebels, I'm gonna punch them right in their faces!

Two of the three Rubies (along with Crystal Gem Ruby) assigned to protect Sapphire 5,750 years ago. One's gem is on her right forearm, and the other's is on the back of her right hand. Aside from gem placement, they're entirely identical, in both looks and personality. 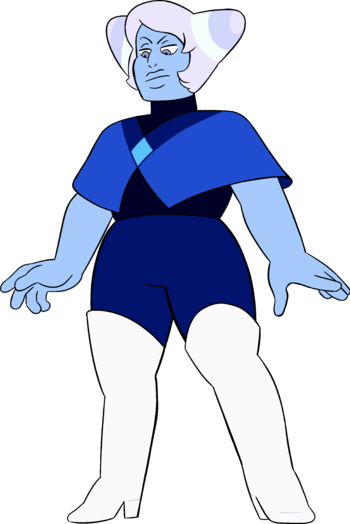 "What are you all doing in here?! Get to your stations! Even you hideous off-color betas! Get out of your cubbies and into your places! It's the least you can do for the Diamond that kept your worthless, sorry gems in service!"

A quartz Gem in charge of operations at the Zoo. She's very beholden to Homeworld values, sucking up to her superiors while denigrating her subordinates for any assumed flaws. 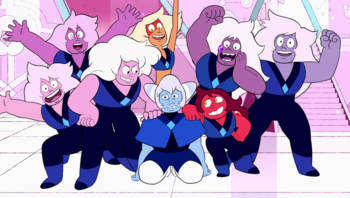 Formerly of Pink Diamond's Court. A group of Amethysts, Jaspers, and a single Carnelian from the Prime and Beta Kindergartens on Earth, commanded by Holly Blue Agate and serving under Blue Diamond. 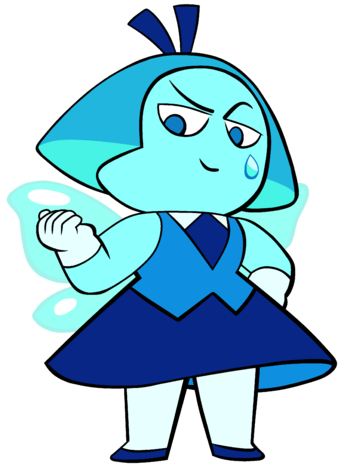 "What an ordeal. But the Diamonds needed me. That's the burden of being the best."

A small Homeworld Gem sent by Blue and Yellow Diamond to retrieve new humans for the zoo.

"This is ridiculous. 4,000 years of loyal service to the court and this is what I get?!"

A blue Homeworld Gem assigned to be Steven's defense attorney in the case of Rose Quartz shattering Pink Diamond.

"You'll never be alone-y as long as you are combing."

A Pebble shaped like a comb. She sings to Blue Diamond whenever she is combing her hair, and is put back whenever Blue Diamond doesn't use her. 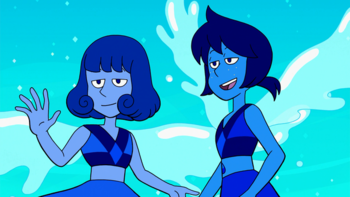 A pair of Lapis Lazulis who continue to destroy planets since that was what they were meant to do.