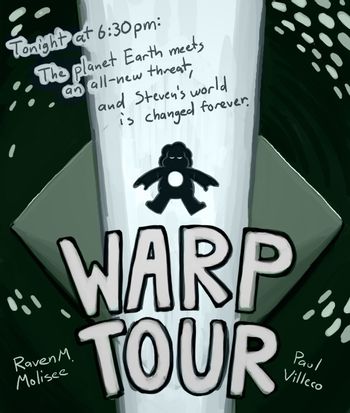 Steven thinks he sees something creepy traversing the warp streams and the Gems try to ease his paranoia.