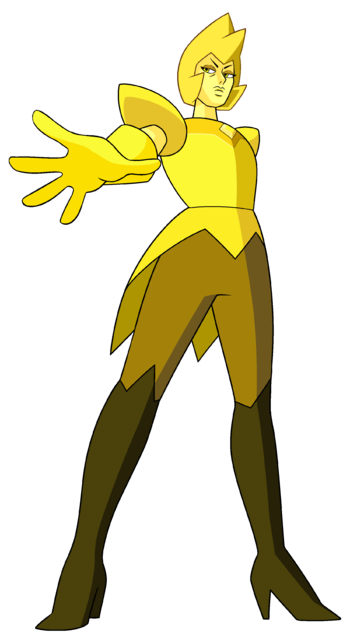 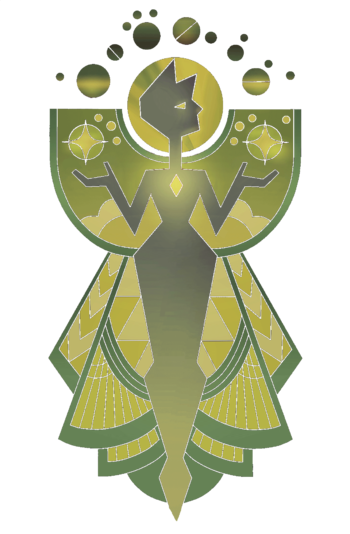 "This is what White Diamond expects of all of us. From the thinnest flake of mica to the deepest, hardest stone, we all must make sacrifices for the sake of our perfect empire!"

The first Diamond to be mentioned and the second to make an appearance. She commands Homeworld's military, is in charge of the Cluster geo-weapon project, and is the yellow Gem depicted on the mural from "Serious Steven". She briefly appears in the extended theme song, and premieres properly in "Message Received".