Creatures who, like the Crystal Gems, have gems on their bodies, and are in many ways similar to the Gems, because they are Gems.
General
Little Homeworld (Major Spoilers)
After the events of "Change Your Mind", all or almost all of the corrupted Gems on Earth have been cured of their afflictions, turning them back into regular Gems again. They now reside on Earth in a town near Beach City dubbed "Little Homeworld". Residents of Little Homeworld are on their own page.
Albite (Pyramid Gem)

The Obelisk that holds Albite

A white gem found in the center of the Pyramid Temple. She operated the room-switching mechanism that caused intruders to endlessly wander through rooms that all lead back to the same central chamber. 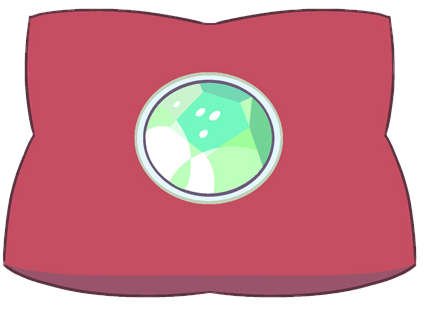 A gem embedded in a pillow that, upon contact with sand, starts creating random structures out of it. She otherwise remains dormant. 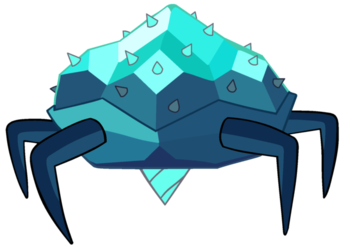 A spike covered corrupted Gem that inhabits a cave. Can send out Drill Parasites.

A giant bird that hanged around the Sky Spire. Her innards are lined with Gems. 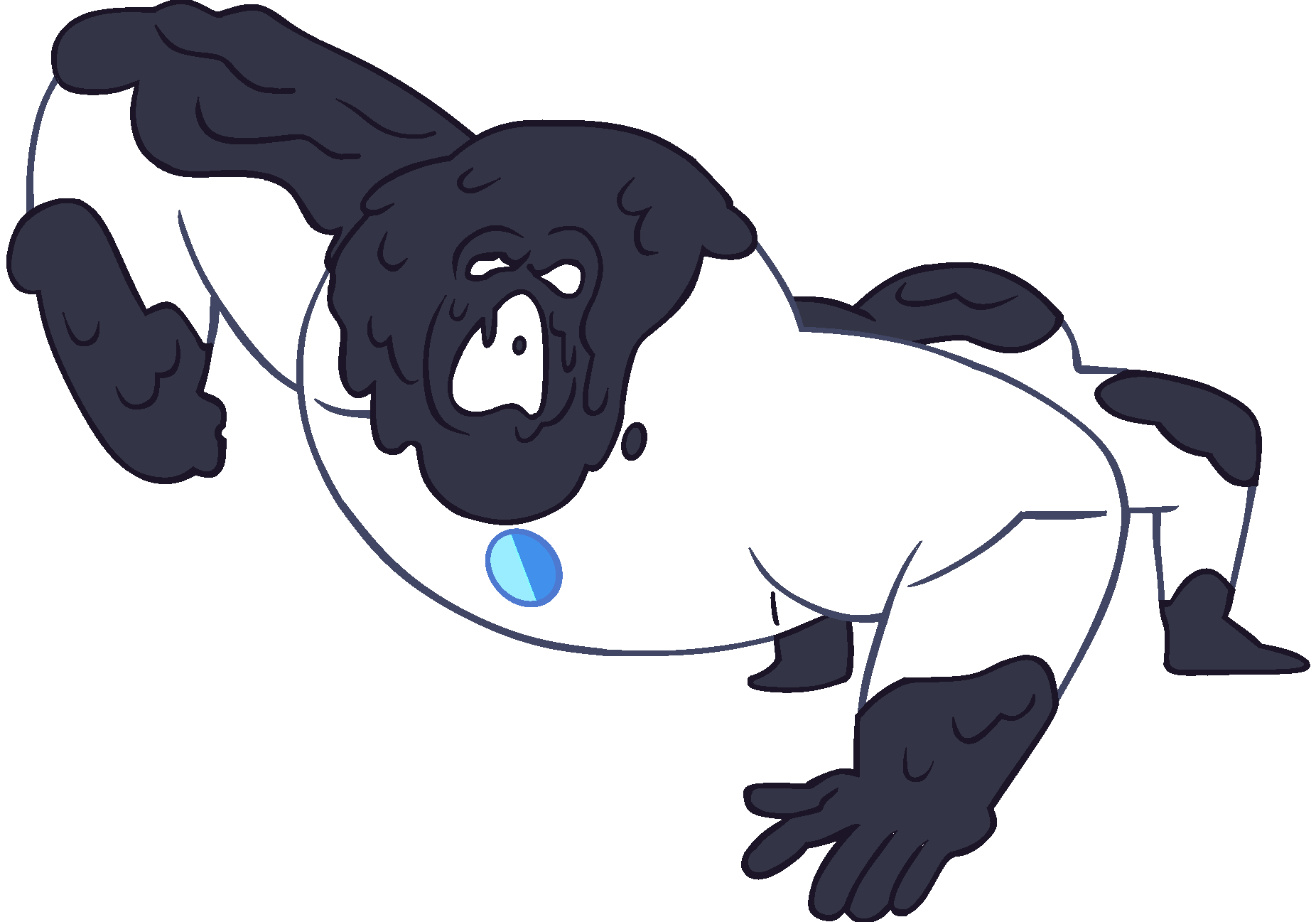 A Gem monster that lurked on Mask Island. 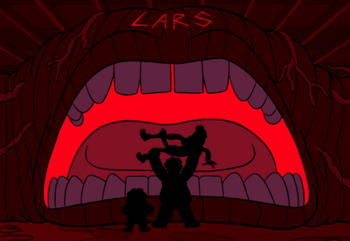 A corrupted Topaz that was trapped inside the lighthouse on top of the Temple. Holds a big grudge against Lars. 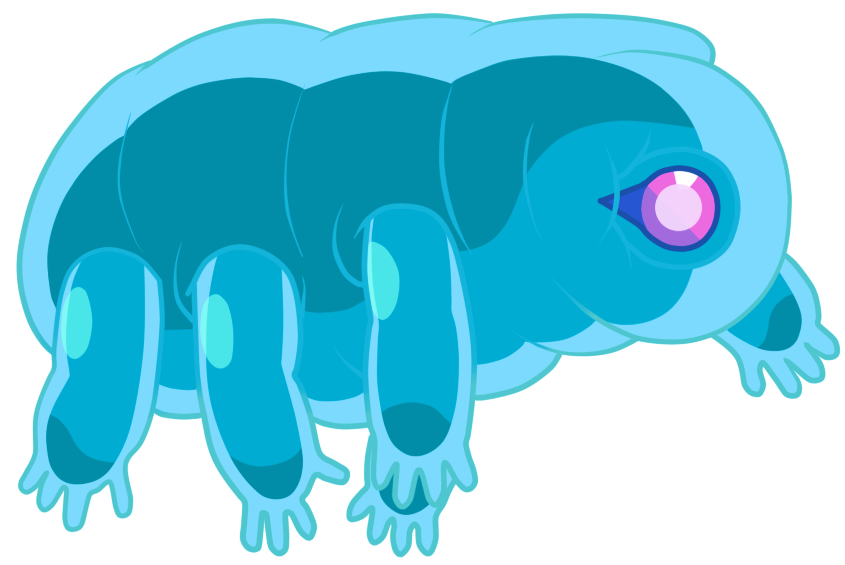 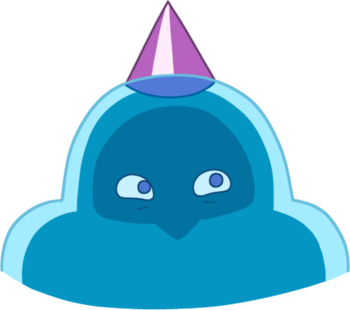 A random Gem monster that Garnet is seen fighting in "Love Letters". Another of the type makes a brief appearance in "Earthlings" as one of the monsters Jasper captured for her army. 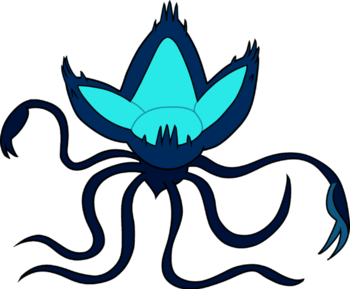 A plantlike Gem monster that was creeping around the temple, and repeatedly poofed Amethyst. Was taken care of off-screen after the "Unboxing" short. 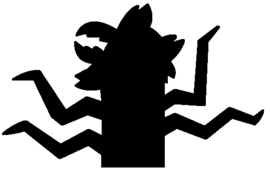 A Gem monster that had attacked William Dewey's ship long ago. Represented in the play with a silhouette and cardboard tentacles. 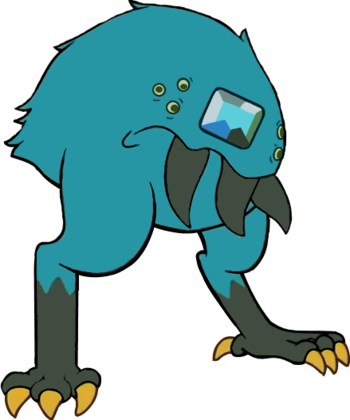 A blue ball-shaped Gem monster captured by Jasper for her army, it is poofed when Peridot makes it fall off a cliff and gets bubbled shortly after. 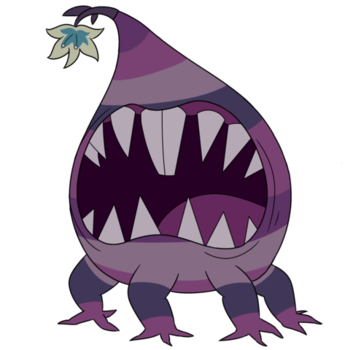 A plant-like corrupted Gem that made her home in the Prime Kindergarten before being discovered by Steven, Peridot, and Amethyst. 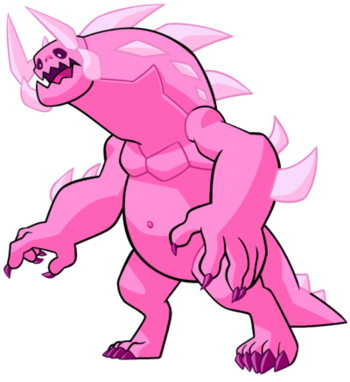 Steven, involuntary shapeshifted into a colossal beast-like half-Gem monster after perceiving himself as one during his last and biggest mental breakdown.

Creatures created by Homeworld thousands of years ago, by means of sticking Gem Shards together and incubating them.
Cluster Gems 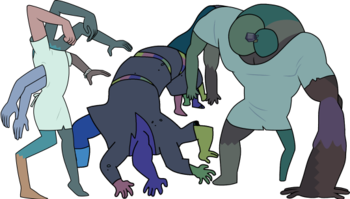 Collected masses of gem shard body parts resulting from fusing several Crystal Gems together. In the Kindergarten control room, there are several small ones consisting of two limbs or hands, plus a larger one made of several arms and legs forming a single hand. More escaped from the subterranean chamber, including two humanoid but still very monstrous clusters that wandered outside the Kindergarten entirely. 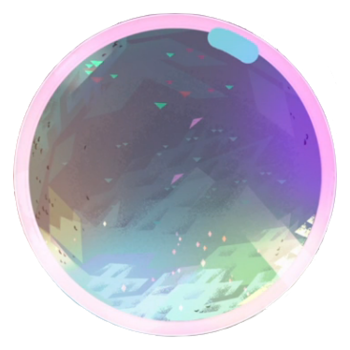 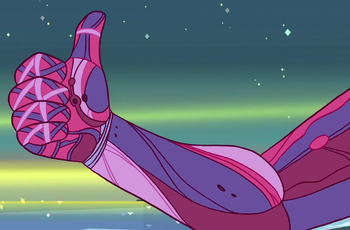 An experimental fusion formed of millions of gem shards, this immense Cluster Gem lies deep within the Earth.