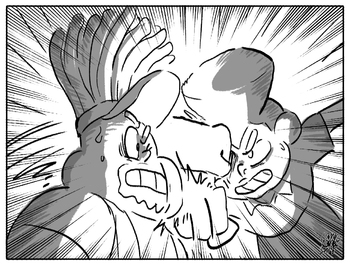 When Peedee offers Steven some mozzarella sticks he found in the back of the freezer of the Fry shop, this ignites a war between Mr. Fryman and Kofi Pizza, which Steven and their kids must figure out how to break up.